Iceland Adventures: Part 2/4 In the East

Heading into East of Iceland

Eastern Iceland is rich in contrast. From driving through fertile valleys with flowers decorating the forest floor, to narrow fjords along the coastline, to barren desserts where you see stretches of stones and rocks in the backdrop of ice-capped volcanoes. Can’t imagine? I’ll let the pictures do the talking.

Before leaving Hofn, we took a picture with the Icelandic horses. There are many companies offering horse-riding services in each town, so don’t worry about not having the opportunity to ride on these majestic beasts. 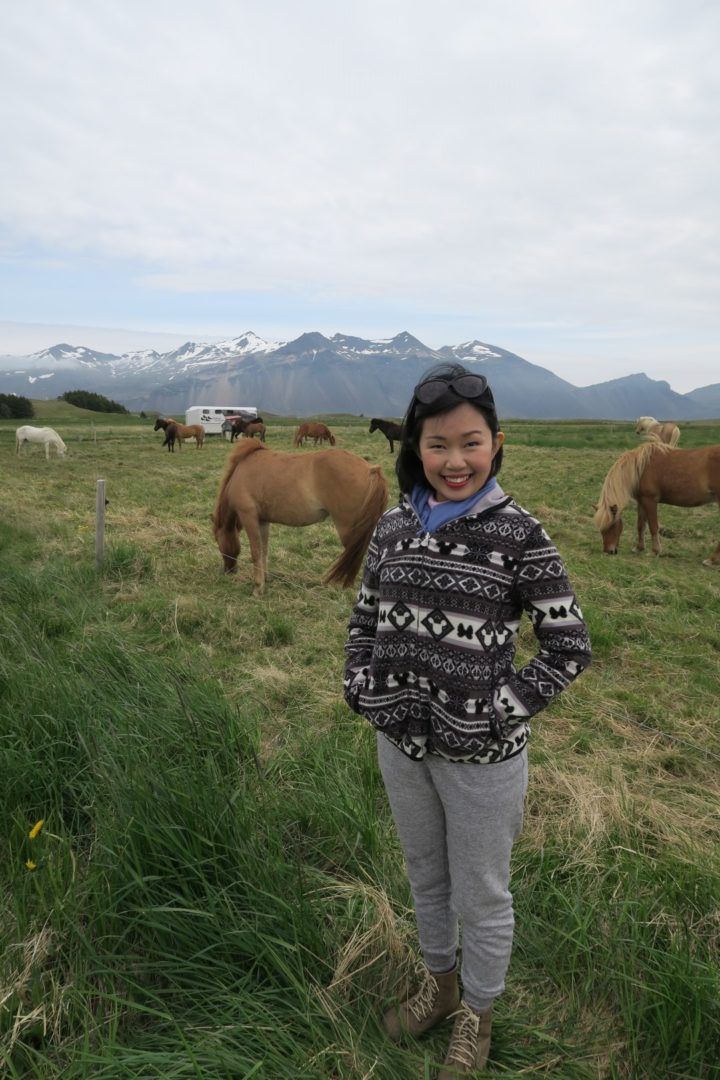 From Hofn, we drove up east to a tiny town called Heiðarvegur.

Leaving Hofn, we ventured onto the dirt road to find this cafe. It was a long drive into Viking Cafe but we were not complaining about the long and rough drive. We were enjoying the scenery. With the ocean on our right and steep ridges filled with rocks on the left, our only concern was not getting into a landslide. Much to our disappointment, Viking Cafe had limited food selection (cakes and coffee only) and was way overpriced. Moreover, you have to pay an “entrance fee” to take a walk along the viking trail near the cafe. We were very reluctant to eat there or go on the viking trail so we left and instead stopped by the dirt road along the way out and took photos which were absolutely free! 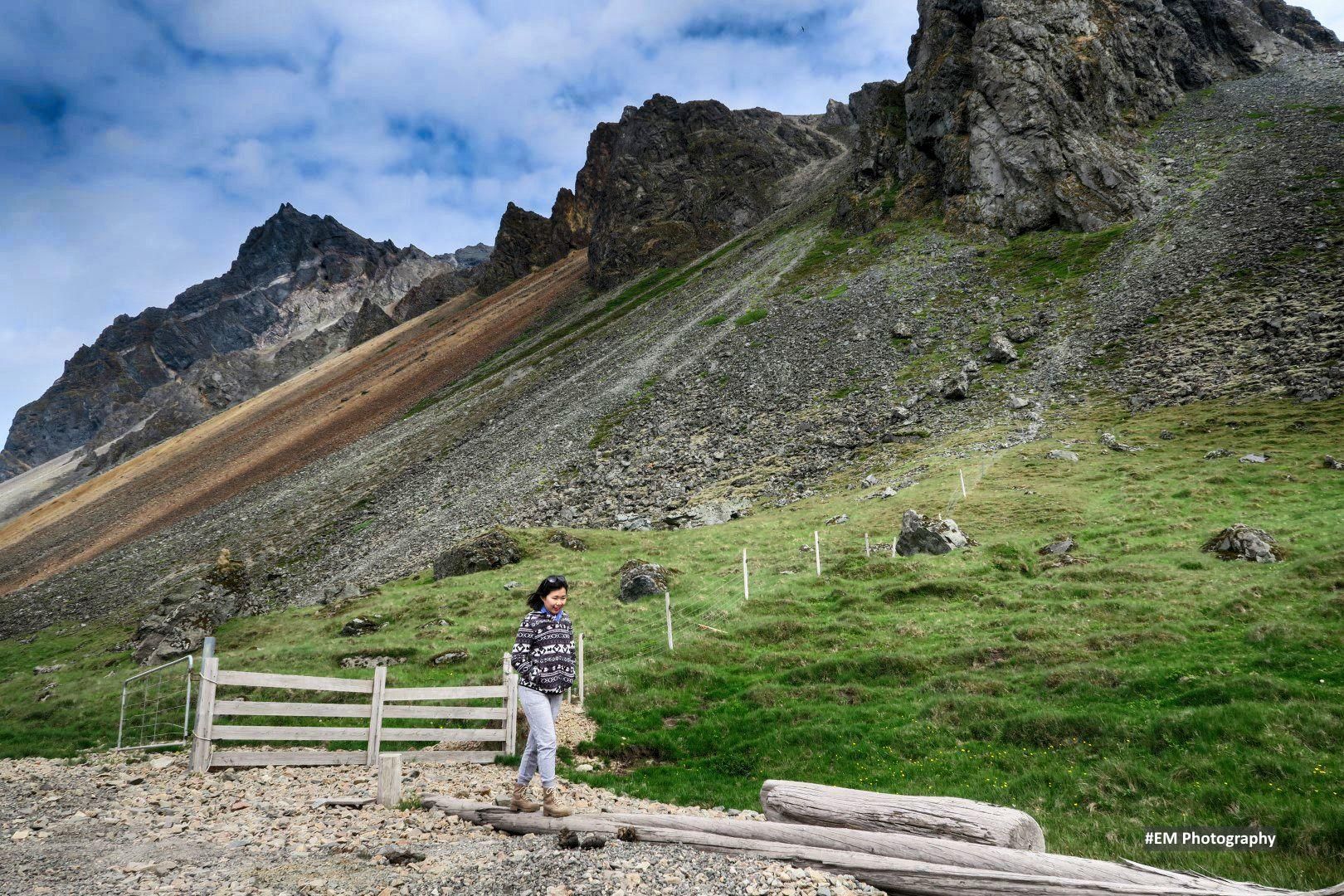 Standing at 1069m above sea level, we drove past Iceland’s highest mountain that extends straight from the coastline. This is supposedly the best place to spot reindeer in Iceland. We had no luck spotting a reindeer from our car. Maybe if we trekked into the mountainous area, we might see one. As I mentioned, the east has a mix of fields of flowers and dry land. As we drove on, we spotted fields of wild lupins, so we got changed into our photo shoot outfits and you guessed it, take photos lor. 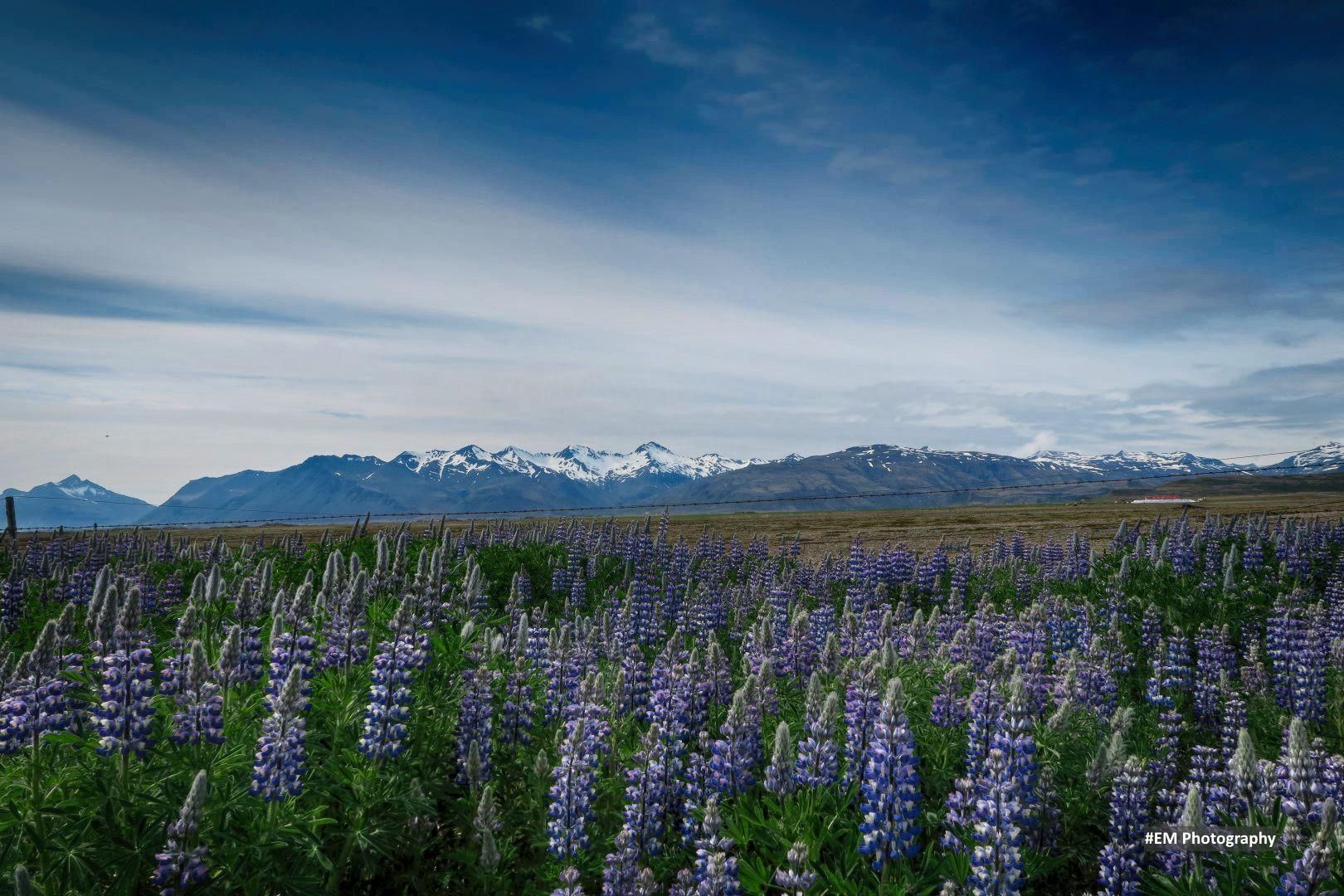 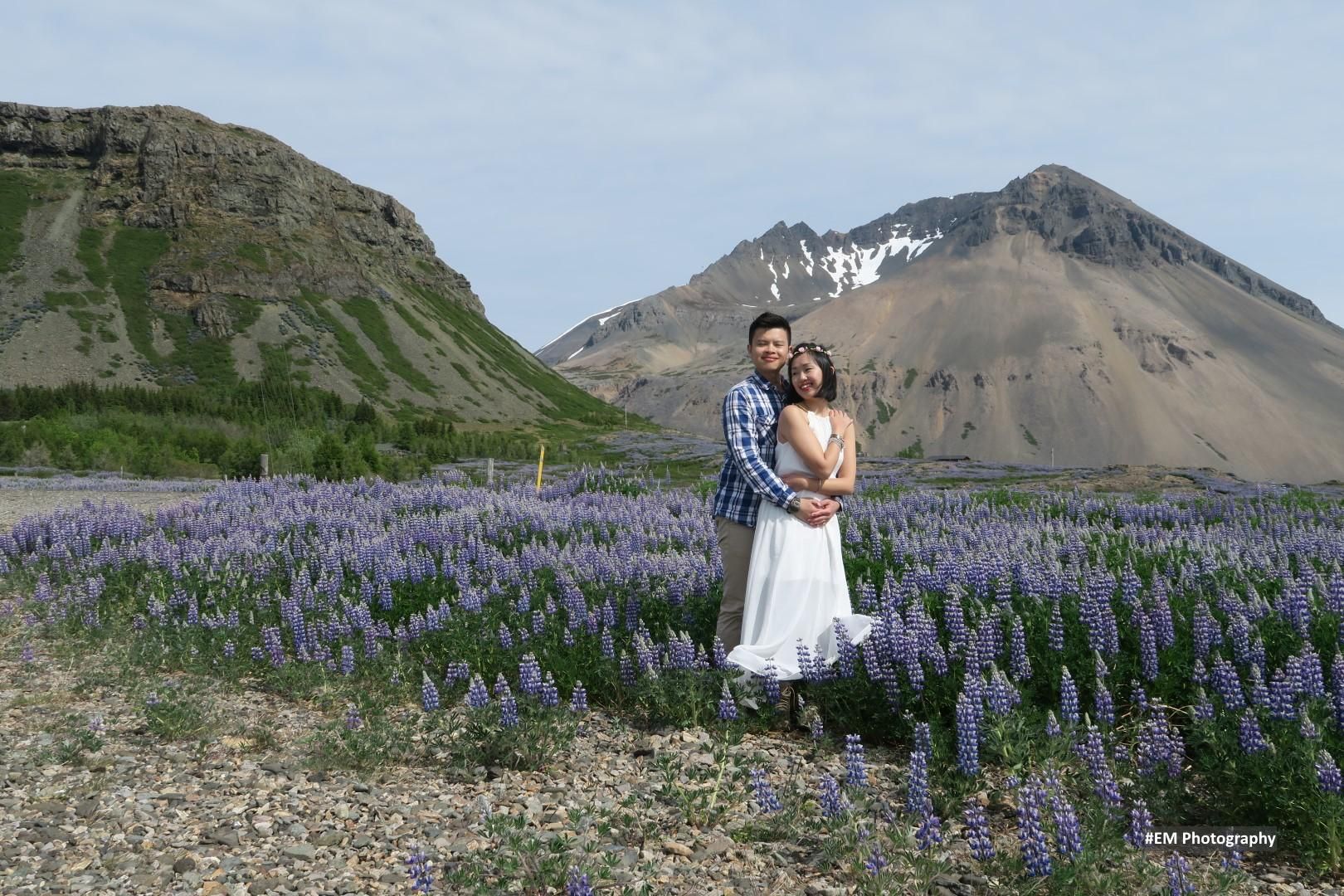 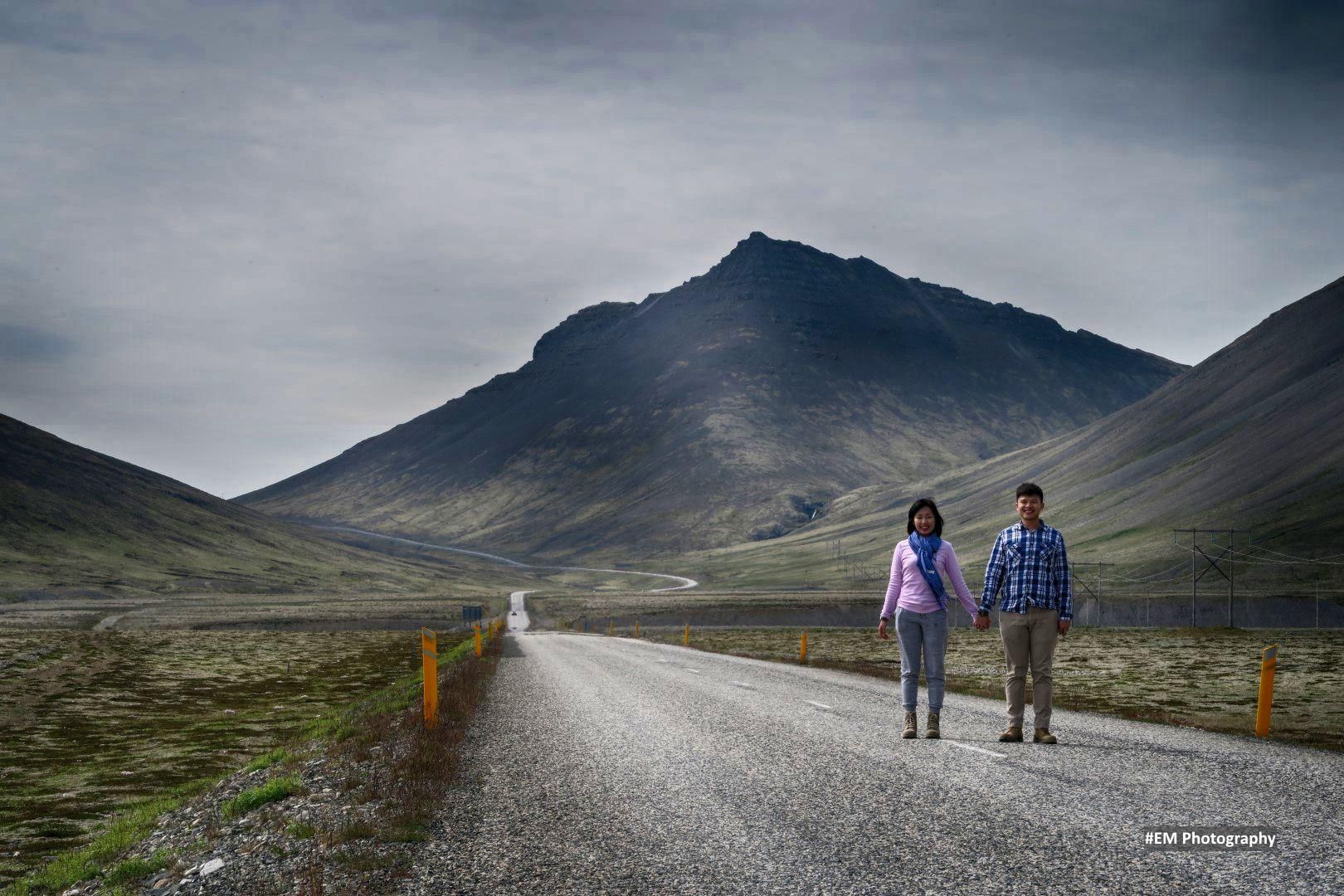 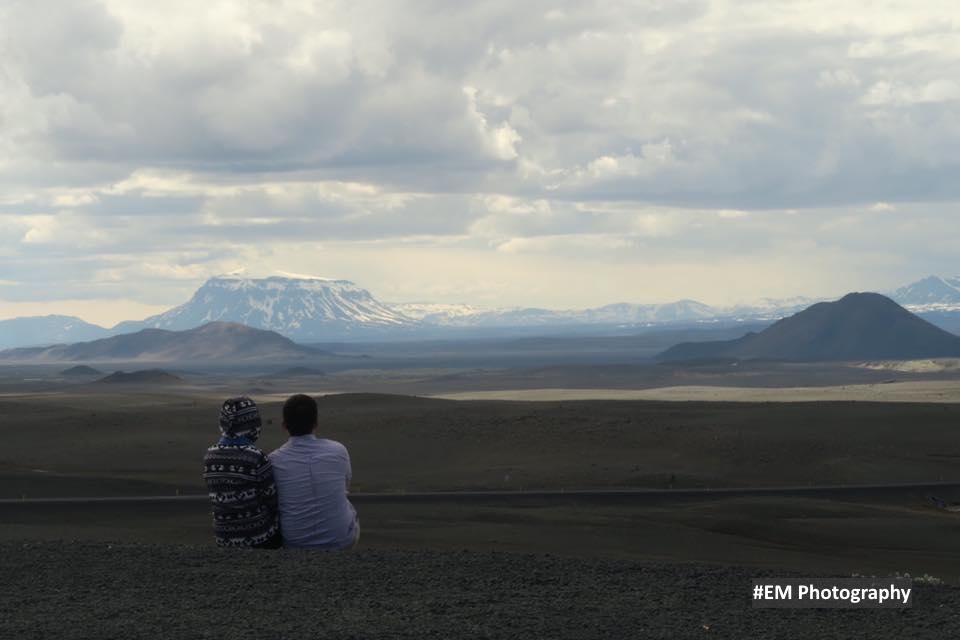 Driving along the east fjords can be rather dangerous. Many a times, we drove into a one-way mountain pass and had to watch out for oncoming traffic in the opposite direction. It is best to turn on your high beam and drive at a slow speed. If the road shoulder is on your right, it means that the oncoming traffic has the right of way and if the car is approaching near you, pull to the right and let the oncoming cars pass before continuing through the mountain. We were too focused on watching the traffic to take a picture of the road.

We found this place by chance and stopped along the side to take photo of this where-mountain-meets-ocean place. 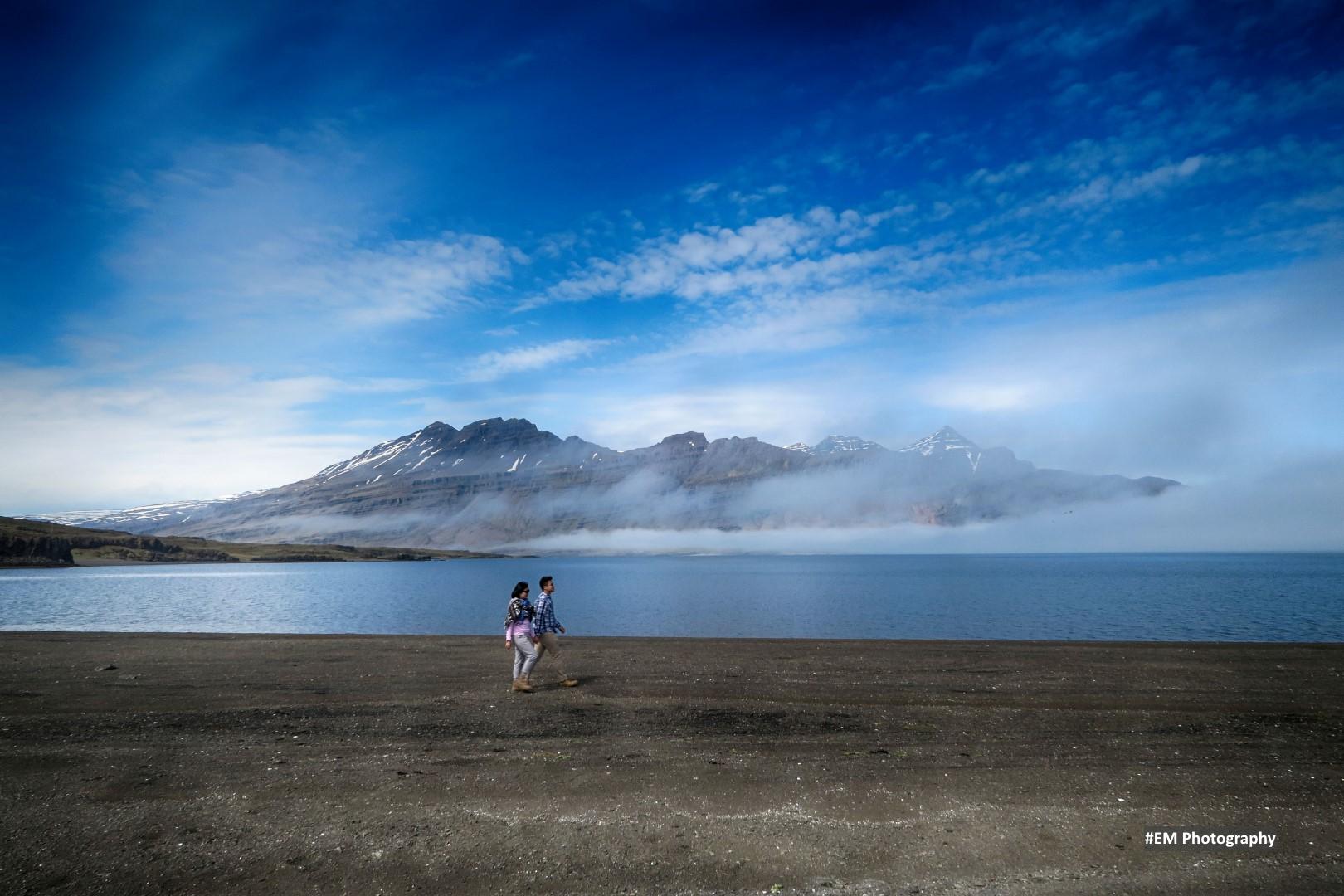 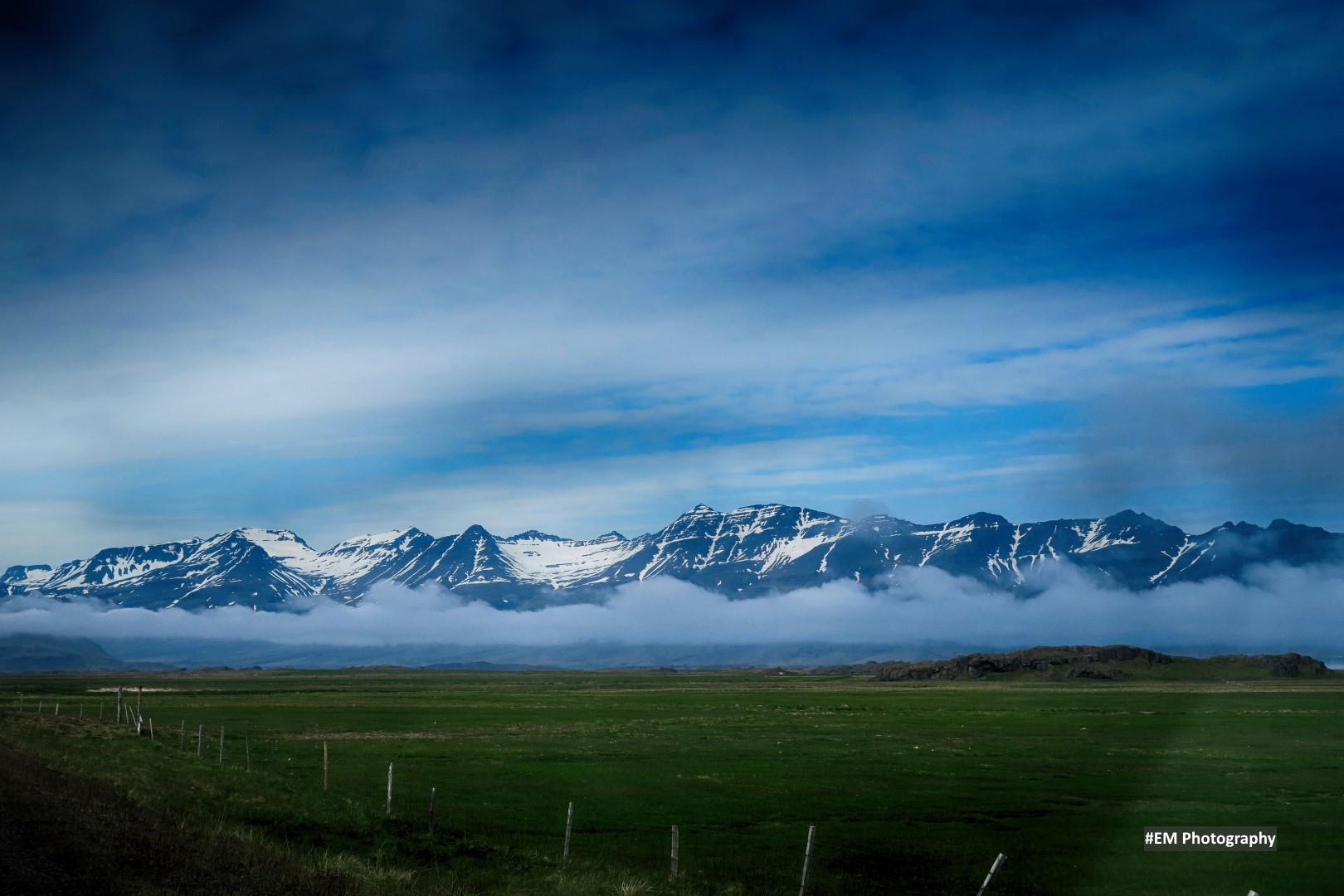 As mentioned, east Iceland (Eastern Fjord) is a land of contrasts. After passing through fields of flowers, ice-capped mountains and black beaches, we started our route along the narrow coastline. Accompanied with strong winds and cloudy skies, we took extra care driving along the narrow fjords. On a nice and sunny day, the east fjords would be really beautiful. Despite the narrow roads, there were still areas where drivers could stop and take pictures. Just make sure you watch out for traffic when opening the car door. 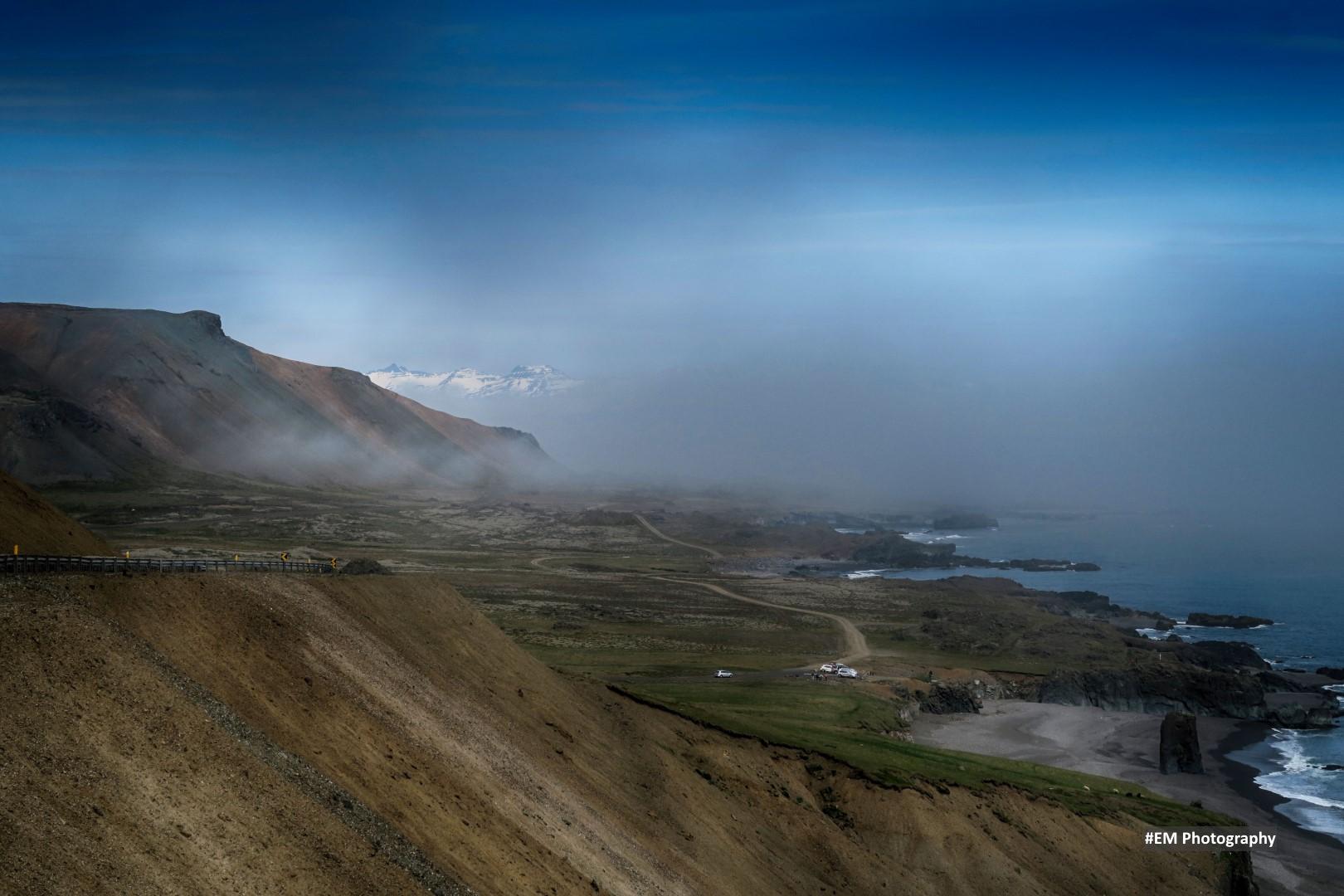 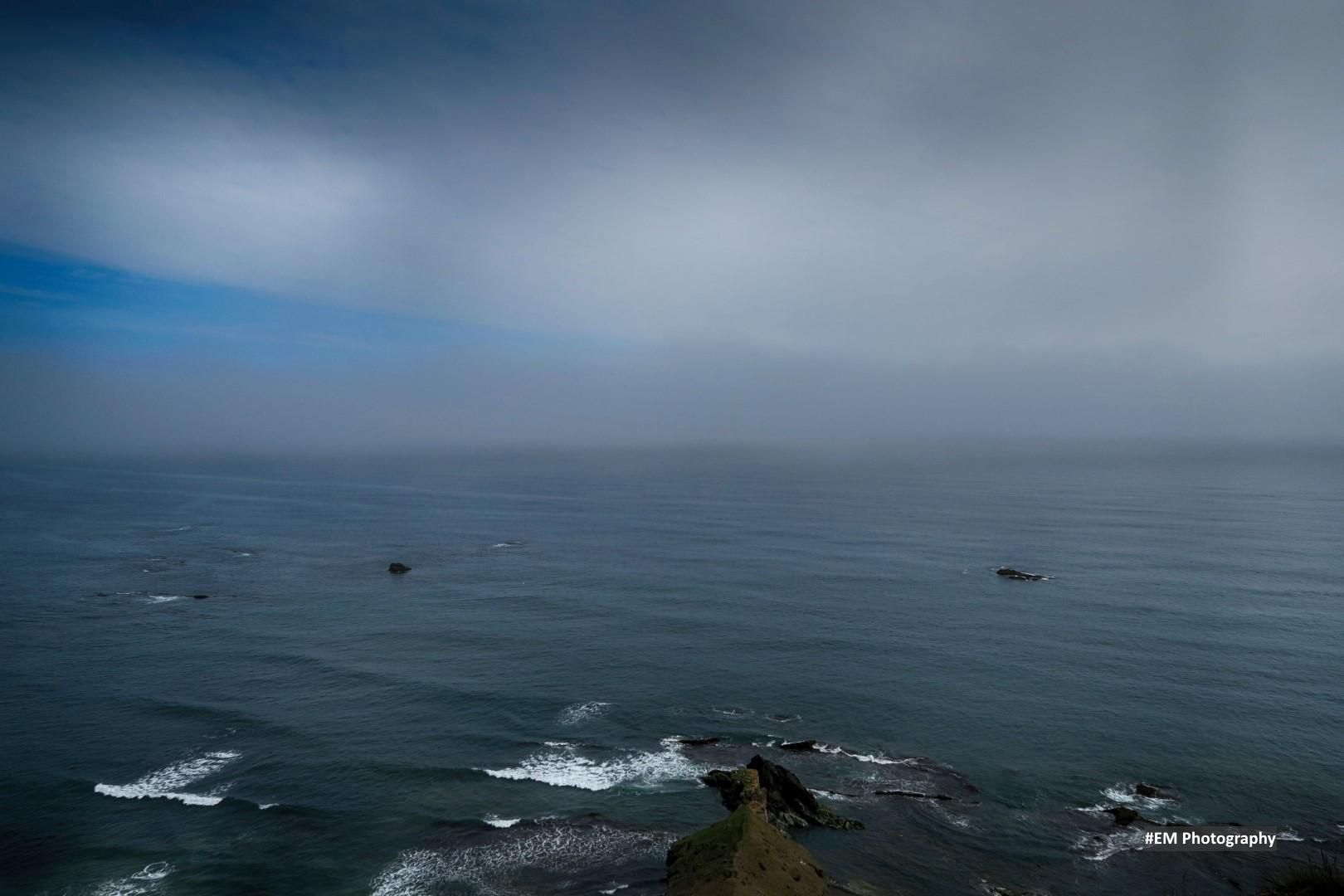 We found a clean and cozy Airbnb apartment in Heiðarvegur. We got lost while looking for their house in the tiny town and they were very nice to find out our location by giving us a call and guiding us to their house. The apartment was located on the second floor of their house (the hosts lives on the first floor) and helped us to carry our heavy luggage up to the apartment. Such rare occasion that you find a warm and welcoming host.

The apartment was very clean and well equipped with a kitchen (stocked with coffee, salt, sugar, oil, cooking utensils, fridge and microwave oven), washing machine and Wifi. From the hall, it looks out onto the harbour and a huge ice-capped mountain. Waking up to such a scenery is something we will not forget.

After settling down, we asked if there are restaurants we could go to for dinner. The host told us that all shops were closed since it was already 6 in the evening. We were surprised that shops and restaurants closed that early and decided to cook our “Singapore Instant Noodle Laska” instead. The host pointed to us the direction of the Olis petrol station and told us we could get some supplies there. The petrol station was a 10 minute walk away. We noticed the whole town was literally like a “ghost town” with nobody in sight as we made our way down to the petrol station.

We checked out the next day by leaving the keys to the apartment at the key hole. The host told us not to lock the front door of the house. We could not believe our ears to leave a house unlocked. Apparently, the folks in this town do not lock the main doors of their houses. Because it is such a small town where everyone knows each other, it is very safe. We experienced a whole different level of trust and security.

The eastern fjord is a different kind of scenic compared to the south. Lesser glaciers, but more ice-capped mountains and dry land. Onward to the north where thermal bath and herring await us.

5 food you need to try in HongKong

8 things to do in Copenhagen, Denmark

What to do in Tebrau city: Short Getaway in Malaysia