5 food you need to try in HongKong

Marilynn and I decided to head to Hong Kong this year for our “End-Of-Year” travel pilgrimage!   And coincidentally, we were heading to the land of Dim Sum with Marilynn’s friend.

I decided to compile some of the food you must try while in Hong Kong, other than Dim Sum.

Local Hong Kong Tea Restaurants are so ingrained into the culture of the residents that if you ask the locals where the best Tea Restaurants are, they will point you in all directions. Since our AirBnB stay was near Jordan, we decided to visit the area’s famous Cha Chaan Teng.

When we reached the store front, there was already a long queue of locals pointing and talking in fast-paced Cantonese, ordering their breakfast. If you are looking for an authentic Cha Chaan Teng experience with typical Hong Kong style breakfast, this would be one of the places to head to. 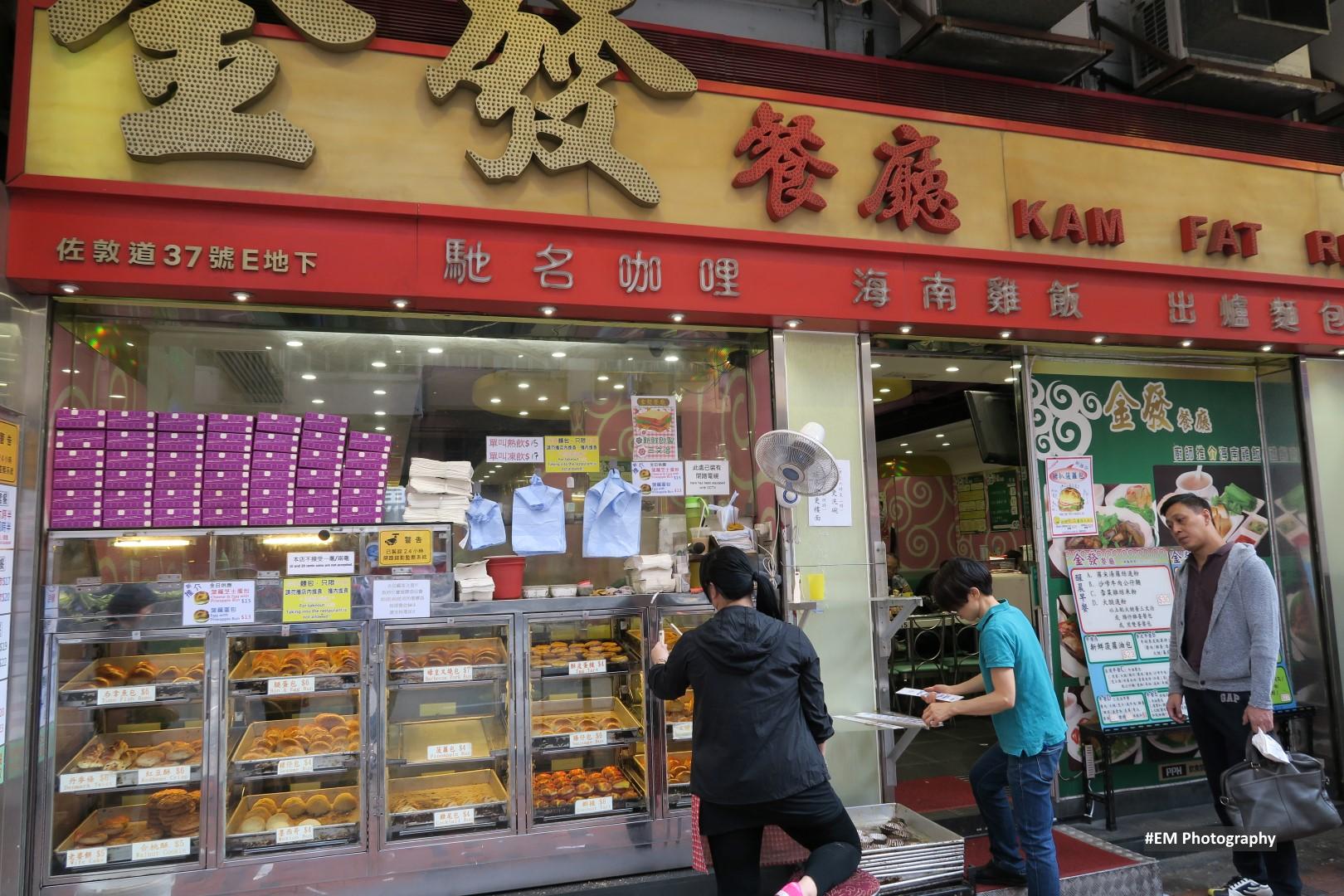 Along Parkes Street in Jordon, there are 2 different Mak Noodle restaurants. Looking at the crowd in each restaurant, we realized there were more locals in the Mak Man Kee Noodle Shop. So in we went! 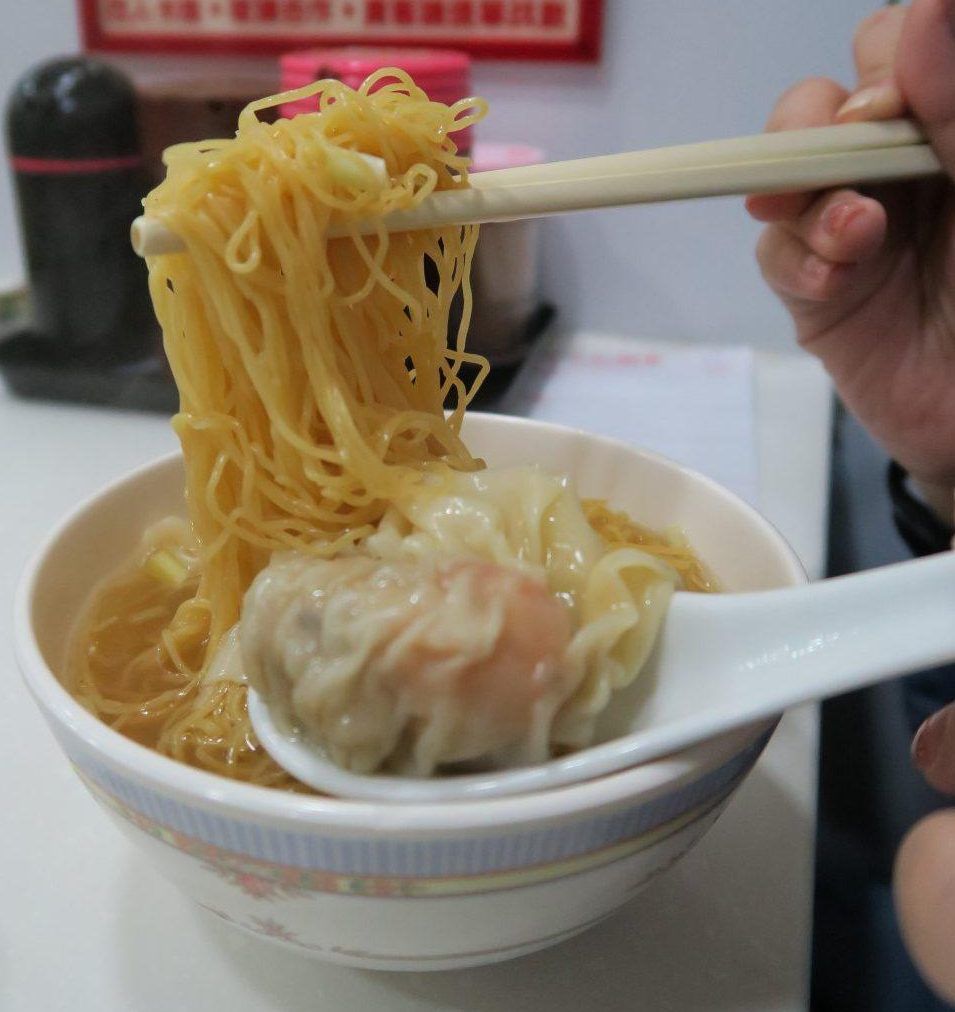 If you love wonton noodles, you will definitely like this.  The noodles are springy and the dumplings are filled with huge portions of seasoned meat and prawn! The broth has the umami taste which Marilynn likes. Yum Yum!

The noodles are springy as well for Mak’s Noodles and the broth is on the lighter side. If you prefer something more light on your taste palate, then this would be a good choice.

A refreshing escape – Escapade with Teafolia

Verdict: Both restaurants serve really good wonton noodles and cater to different taste preference. Marilynn’s pick would be Mak Man Kee Noodle Shop while I preferred Mak’s Noodles. Still, both is a must try!

The Australian Dairy Coy is a well-known place among Singaporeans to go to when in Hong Kong. True enough, there was already a long queue outside when we arrived at around 8.30 a.m. on 3 separate days. Oh well, we decided to head to a lesser known milk company, Yee Shun Milk Company which the locals prefer.

In Yee Shun, the place was mostly filled with locals. You could hear all the busy buzzing of waiters and waitresses shouting in Cantonese as they took their customer’s orders. We ordered the famous double boiled milk pudding. It was the bomb!

Verdict: We tried Australian Dairy a couple of years ago and we thought it tasted alright. But Yee Shun Milk Coy was good enough for us and eating warm milk pudding in winter gave our hungry stomachs a warm fuzzy feeling.

Part of our agenda for this trip was to “conquer” one of the many mountains in Hong Kong and we picked Lion’s Rock for its popularity. Behold, we found an eatery just before the Lion’s Rock hiking trail serving home-made bean curd! We just couldn’t resist and went in to have a bowl of it.

The owner was kind enough to let me take a picture in the kitchen. The bean curds were produced traditionally in a wooden bucket.

When we thought we found the best bean curd in Hong Kong, another eatery raised the bar. In our trip to Lamma Island, there was a make-shift shop selling only bean curd. The place looks rugged but since we were tired from the walk, we decided to grab some bean curd.

And OMG… do not underestimate the looks of it. It was more delicious. It doesn’t have the smooth texture as compared to other bean curds but it was so fine that the bean curd just melts in your mouth.

Verdict: Both bean curds is a must try, but if you are not planning to climb a mountain, the Lamma Island one would be easier to get to.

This Gui Ling Gao eatery was first discovered when we were walking along Jordan in 2014. After eating the Gui Ling Gao there, we make it a point to eat this in our recent 2016 trip.

In Hong Kong, the Gui Ling Gao has actual Tortoise Shell boiled together with many different types of herb which in terms of TCM, helps so dispel the “heatiness” in one’s body. The very first time when we tried it, we ate one mouthful and could feel our “heatiness” reducing.

Hong Kong is a land of endless eating. With every street and turn, there will be definitely something to eat. But you’ll get to burn all those calories with all the walking around. So eat away!

Iceland Adventures: Part 2/4 In the East